One of the best-known examples of an event horizon (sometimes called the point of no return) derives from general relativity’s description of a black hole, a celestial object so massive that no nearby matter or radiation can escape its gravitational field. Often, this is described as the boundary within which the black hole’s escape velocity is greater than the speed of light. Once a particle is inside the horizon, moving into the hole is as inevitable as moving forward in time. 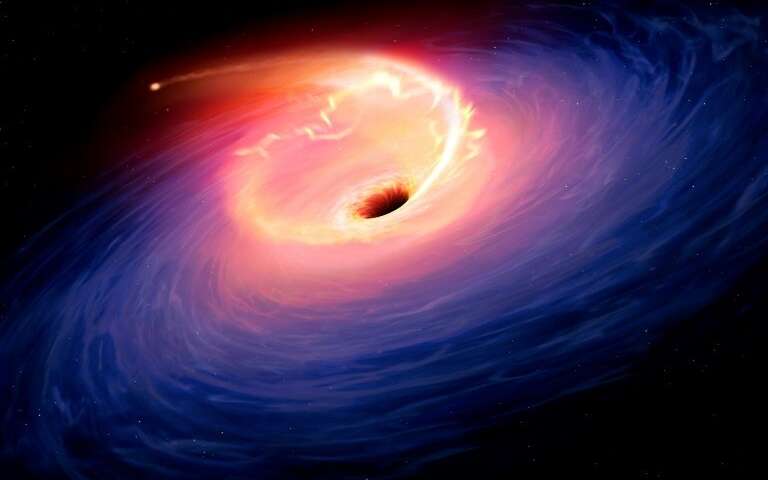 Long-time bridge players might also have experienced being in a ‘bridge black hole’. Some of you will recognise a few of the symptoms that lead to this outcome:

It is easy to start to question your decisions or methods after one or two of these ‘incidents’ happen early in a day’s tournament play. The little voice in your head chimes in with “oh no, here we go again”, like it had to join in the conversation and reinforce the negative result you just had on a board. However, unlike the event horizon of a black hole, there is a way for bridge players to escape.

This hand played in Melbourne’s 2019 Victor Champion Cup event resulted in a big swing for our opponents. It is a classic example of the type of hand which might cause one to start questioning their decisions and judgement at the table.

After EW reach slam, I expected the lightner double to give North a better than 50/50 chance of getting off to the club lead, but on the lie of the cards, North led a diamond and naturally declarer wrapped up the slam for +1660 and 16 imps to the opponents when our teammates brought back +200 for 6Sx. Unfortunately, on this hand partner couldn’t get the choice I gave him correct.

Those of us suffering from “black hole syndrome” might start to question their decisions on the hand. Should I have doubled? Would passing instead of doubling have got partner off to the correct lead of the jack of spades? Afterwards my partner questioned his decision to lead a diamond stating that he might have led the jack of spades to have a look and get a signal to switch. That isn’t obvious since we have at least a 10-card spade fit so leading a spade might be wrong. And in any case that wasn’t our system agreement. Should I have foreseen that slam in hearts might be making and taken insurance by bidding six spades? With hindsight perhaps, but as I held cards outside spades as well as a void, taking a save wasn’t an obvious choice to me.

Of the 92 times the board was played, 6♥ was played 41 times & 6♥x was played 10 times. 6♥x was defeated 3 times, while 6♥ was defeated 14 times. The J♠ was the only lead made which defeated the contract.  Some West’s opening bid showed a two suiter which may have given the defence more information, but there are no excuses here.

I have discussed in previous articles the need to remain positive, so as a first step at the table tell the little voice in your head raising all these questions to get lost and change the self-talk to something positive and focus on the next board – there will be time for analysis later.

The reality is that at times there are factors outside your control which influence the result on a board. The key is to isolate poor decision making from other factors such as loss of concentration or just plain old bad luck that might contribute to your sub-optimal performance.  After careful analysis of the above board, which included asking other expert players what they might have done, I believe that double was the correct decision, given the bidding. My double was based on the idea of a club ruff and diamond trick so even if declarer was bidding six hearts with a spade void, I expected to defeat the contract by at least one trick. Even though it didn’t work on this hand, I would make the same bid again next time, since I believe it is the percentage decision.

It is only by undertaking careful analysis of all the hands you played and decisions you made that you will understand whether your decisions were correct. This analysis will also show whether you need to tweak your system methods or whether you have just had luck running against you. Like all things, if your decisions are based on logic & data you will find that you haven’t yet reached the point of no return and before long your methods will start working for you again as your luck will turn and you will find you have escaped your ‘black hole’.  In the meantime, try to focus on the boards where your decisions worked for you. Reinforcing your good decisions will help you to remain positive and focussed on the next board.