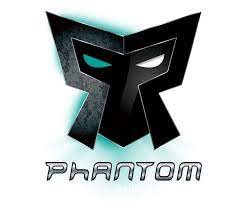 Deciding whether to take a save or defend on a board can be one of the more difficult decisions in bridge. For example, calculating whether your 3♠ contract vulnerable going 1 off is going to be better than their 3-level contract making requires good judgement. When it comes to the game zone and the decision to save involves bidding at the 5 or 6 level, this judgement requires even more skill.  After all, going three off not vulnerable is a great result if the opponents are making their vulnerable game, but only if that game makes. Otherwise, you have just ‘taken a phantom’ as they say. At matchpoints the decision making becomes even more critical as going for -200 against the opponents plus 140 gives you a big, fat zero, as opposed to minus a couple of imps at teams. I read somewhere that one of the top international pairs rarely choose to save as they believe their defence is so good that they don’t need to. I don’t know if this is true, but perhaps this is a philosophy that I might follow more, as my recent record in ‘saving’ at the 5-level has been terrible with most turning out to be the proverbial ‘phantoms’.

When you have had a run of ‘poor’ outcomes like I have, you have to determine if there is a cause, or if it is just a ‘run of bad luck’. I decided to go back to basics and review the factors I was using to make my ‘save’ decisions. When I did this, I found that on the ‘bad’ decisions I was neglecting to consider how many tricks my hand was likely to take and, based on the bidding, how many my partner might have. Placing too much emphasis on my own hand, rather than giving my partner a chance to decide. Losing confidence in your decision making can be deadly and can sometimes even have a flow-on effect to other parts of your game.

However, at times we are presented with a situation where a save seems like such good insurance that we would be kicking ourselves later if we didn’t make that choice.  These situations arise when we are green v red, partner hasn’t shown much and the bidding makes us think we have no chance to successfully defend the contract. This hand below is one of those times and my decision to save delivered a surprisingly good result for our side restoring some level of confidence in my judgement in this area.

Both West and South might have made more aggressive bids. West could have followed the law of total tricks & bid 3♠, while over West’s conservative two spades, North could have offered a cue raise with 3♠ with rather nice support hand for diamonds. With 10 diamonds between the NS hands, it looks like diamonds might take no tricks so the 5♦ save seemed like a good idea.  Before dummy appeared, I expected to go one or two off – a good save against the theoretical vulnerable game EW had bid. However, on the lie of the cards 5♦ is unbeatable and 4♠ cannot make.

Should I chalk this up as another ‘phantom’ or pat myself on the back for the decision that delivered a good result?  I am going with the latter. After all I do need to rebuild some confidence in my decision making in this area and thinking about this hand and the factors that contributed to the choice I made will help to do that.

This next board saw my partner (at East) making the right decision at the 5 level:

When my partner bid 5♣, I must say I was rather disappointed. I thought that holding 5 spades & an outside Ace and with partner making some bidding vulnerable, declarer might have found that 4♠ had some challenges. I doubt I would have been so bold as to venture the 5♣ ‘save’ at this vulnerability. In fact, if I don’t have a heart honour 5♣ is not going to be a happy contract at all. Nevertheless, it turned out that 5♣ was an excellent decision going 2 off for -500. Sadly, my partner’s brilliance wasn’t fully rewarded in the score-up as our team-mates found the wrong line in 4♠ to go one off doubled.  Should I have doubled to stop my partner bidding on?

When you have had a run of decisions which deliver poor results like me, adopting an analytical approach to understand what is going wrong is a good first step. Asking other players is also helpful. Sometimes it isn’t quite so easy to pinpoint the cause however if you are successful in doing so, you are on the way to rebuilding confidence in your decisions.